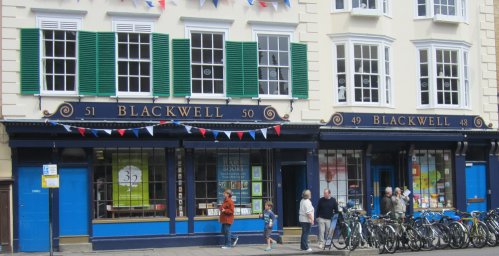 One of the beauties of Twitter, for me, is that because I follow people / organisations I’m interested in, I find out about events that I would have missed otherwise because of not signing up to the right mailing list or looking in the right newspaper… One of these events was Blackwell’s Festival of Illustration, part of Oxford’s Art Weeks.

This was a whole day of author/illustrator workshops and other fun, which I planned to take MG and DG to as much as they could manage. We arrived just after 11am, with Emma’s talk starting at 11.30. She was setting up so we started to wander the children’s section and hit the Animation Station, where we got stuck for the next hour and a half! 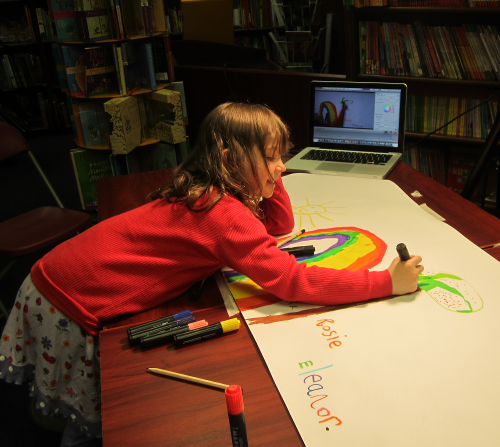 MG loves drawing, although she is a little shy and takes a while to warm up. But once she got started, she was lost in the drawing and concentrated on it for over an hour. She got upset at one point because another girl drew a sun, but the point was to be a collaboration except because everyone was watching Emma she got the sole control until Emma finished! The video below is from the event, MG takes up the first 2 minutes 32 seconds with her drawing! The animation is a lovely idea, I find it fascinating how she approaches drawing and am thrilled to have this memory of part of her development.

I occasionally peeped in at Emma’s talk where she read the first Wagtail Town and a Blue Kangaroo book, plus drew pictures and there was colouring for the children. It looked like a great session from what I got to see! 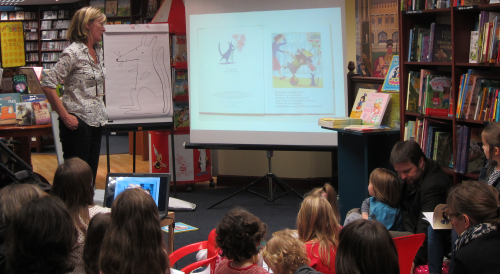 It was now 12.30 so time to get food into MG and DG if they were going to manage any more of the day. Just as we were leaving we bumped into Clara and the lovely Rosi from Harper Collins who were about to set up for Clara’s session at 1.30. There’s a Wagamama just a couple of streets away from Blackwell’s and both girls love noodles so off we went. Yum 🙂 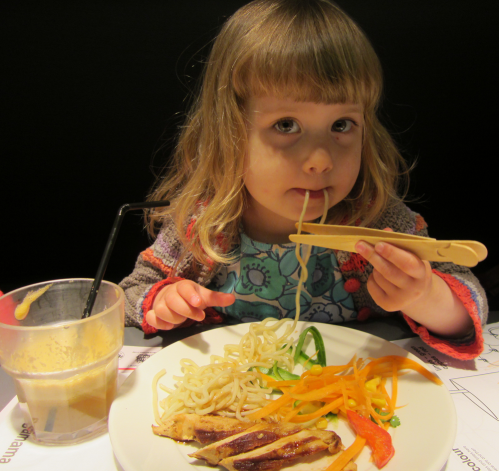 We got back to Blackwell’s in time for Clara’s session where she drew Martha, Monty and Pip (and Paws!) but having forgotten to bring a pink pencil, coloured their ears and noses with lipstick instead. 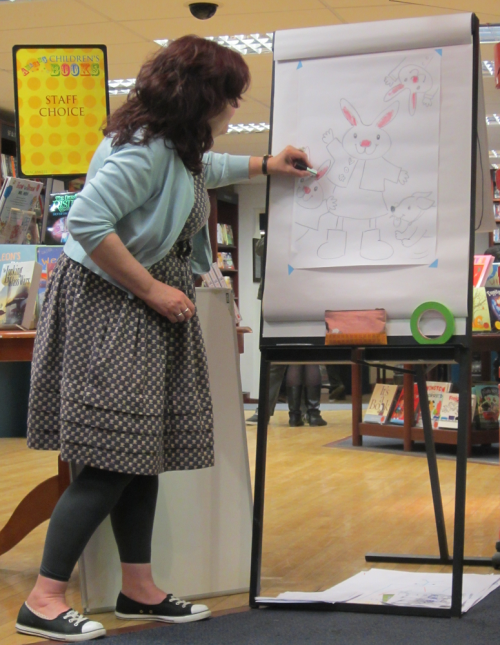 Clara then read Martha and the Bunny Brothers: I Love School, which MG had to listen to all the way through despite being desperate for the toilet! I managed to get her away after the story so we missed the instructions on how to make bunny ears but it was straightforward and the girls picked it up in no time. Sadly I neglected to take any pictures as we were all too busy making, and then we left the bunny ears somewhere *sniffles* but they were lovely. 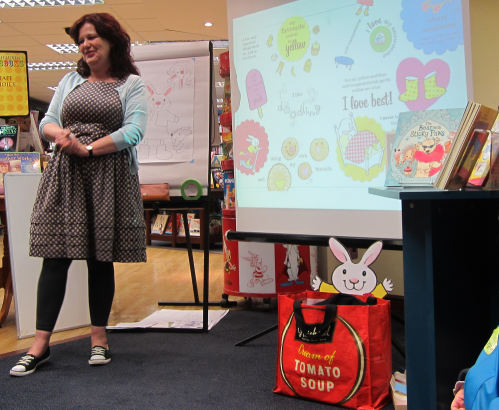 MG and DG are big fans of Clara’s books, especially DG so we were all thrilled to get to chat to her afterwards. The girls completely ‘adopted’ Clara and were genuinely upset when we had to part. It was an utterly fantastic day. We completely missed Louise Yates because MG and DG were too tired for more sessions and needed to stretch their legs more. DG had a great time twirling with Martha Bunny, and somehow my girls managed to charm Clara into taking Martha home with them 😉 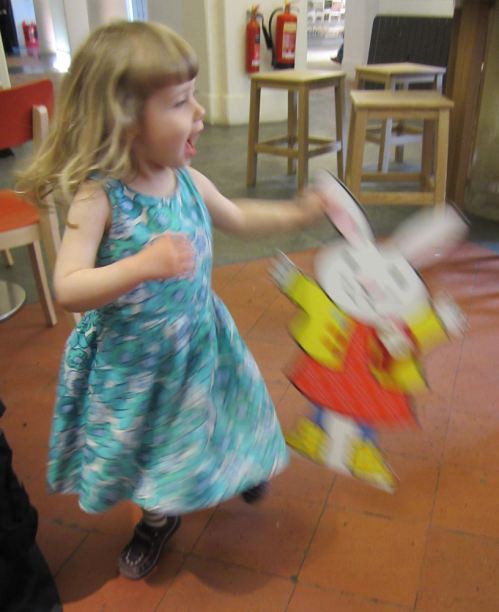 A great day, and I hope there’s another festival of illustration next year.